While performing the ceremony, Engr. Jibrin noted that the issue of security could not be over-emphasized, saying it was everybody’s business.

He expressed displeasure at a situation where all manner of persons now loiter the premises, describing it as dangerous.

He therefore charged the members of the committee to come up with measures that will keep FCDA offices, surroundings and facilities very safe, adding that this had always been his desire. The Executive Secretary tasked them to deliver on their assignment.

Responding, the Chairperson of the committee and Deputy Director, Staff Welfare and Security, Tinuoye Henrietta thanked the Executive Secretary for their selection, saying, “We won’t disappoint you”.

Tinuoye decried what she called the porosity of FCDA’s premises, where according to her strangers now hold FCDA staff identity cards, a trend that must be checked, she stated.

The committee members cut across all departments of the FCDA, the Police, Civil Defense Corps and other allied bodies. 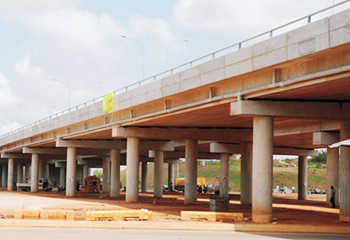 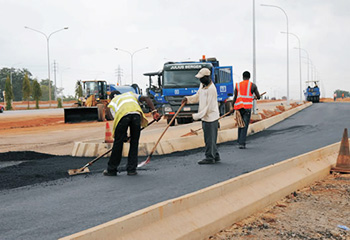