Inspection Of Projects In the FCT 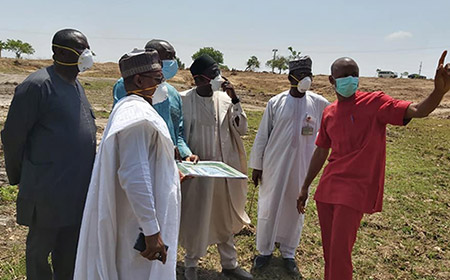 The Executive Secretary ( ES) FCDA Engr Umar Gambo Jibrin has continued site inspection of various projects in the FCT, today, 27th March, 2020.
Engr Jibrin visited the African First Ladies Peace Mission site at the Institution and Research District to inspect the cleared plot of land after payment of compensation, with focus on the topography.

Furthermore, this will also help to mitigate flooding during the rainy  season.

The Executive Secretary was impressed with the level of work progress.

The next point of visit was the inspection of the access road to the Nigeria Centre for Disease Control ( NCDC ), Gaduwa District. Due to the importance of this institution in the current national emergency, the Executive Secretary directed the contractor ( CBC Global Ltd) to ensure the speedy completion of the road in the shortest possible time not later than three weeks.
Engr Jibrin rounded up the site inspection by stopping over at the islands by Yar'adua Centre. Due to the one way traffic flow recently introduced on the Southern Parkway, the slip roads were removed , as a result no more right turn into Sani Abacha way.