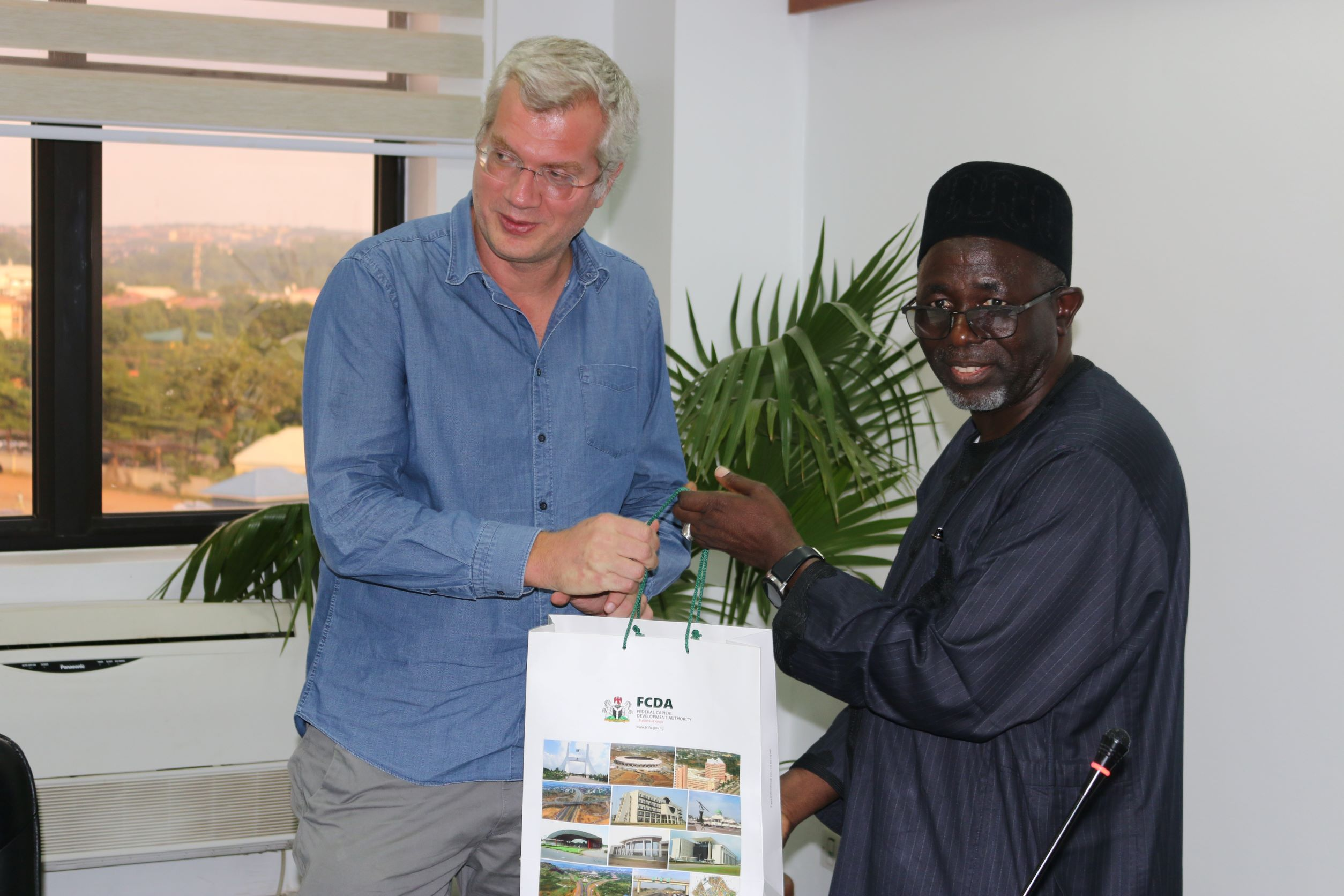 New Urban Agenda on their minds...

The Executive Secretary, Engr. Shehu Hadi Ahmad has said that the Authority would undertake a comprehensive review of the Abuja Master Plan with a view to addressing the current realities in the city.  To this effect he said, the Authority was looking at the possibility of collaborating with agencies such as the Japanese International Cooperation Agency.

The Executive Secretary made this disclosure when he received in audience the Task Manager for West Africa under the United Nation’s (UN) –Habitat Regional Office for Africa, Mathias Spaliviero on a courtesy visit to his office.  He said though Abuja is an emerging city still undergoing infrastructural development according to the Master Plan, the document had never undergone any comprehensive review.

In his words, “yes, Abuja is a planned city, and for that, it has a Master Plan for which the entire development is being operated on the basis of the need to actualize the provisions under the Master Plan.  The Master Plan is supposed to be a dynamic document.  But since the establishment or creation of the city, we have operated on a Master Plan that has not undergone any review”

He added that “we are already looking into area of collaboration with agencies like the Japanese International Cooperation Agency (JICA) to see whether we can get to undertake a general review to reflect the realities on the ground”.

The Executive Secretary expressed concern over the enormous pressure on the city’s infrastructure due to rapid population growth, saying that though the city was planned for about 3.1 million people but presently, about 6million people live in it, thus over-stretching the existing infrastructure.

He further stated that “part of the issue is that the city of Abuja has been planned for a target population of about 3.1 million by the original idea of the Master plan, but as we speak, we have not even gone beyond the development of phases 1 to 2, but already, we have beyond 6 million.

“Also, when you look at other areas in which infrastructure development has not extended, but there is property development, especially mass housing, so this has really placed a lot of pressure on the city’s facilities”.

Speaking earlier, Mathias Spaliviero intimated of the UN Habitat’s willingness to collaborate with the FCDA in certain areas of the city’s development.  He stressed the need for the provision of decent and affordable housing, jobs and efficient transport system for residents.

He disclosed that should the need arise, the UN-Habitat would be willing to act as the facilitator between the FCT Administration and international financial institutions such as the World Bank and the African Development Bank (ADB) for the provision of funds for the FCT New Urban Agenda.

For the records, the FCDA, in June 1977 commissioned the International Planning Associates (IPA) to produce a Master Plan for the new Federal Capital City (FCC) and its regional grid.  The IPA later submitted a 13-chapter Master Plan to the FCDA on 15th February, 1979, during the tenure of the then Executive Secretary, Abubakar Koko.