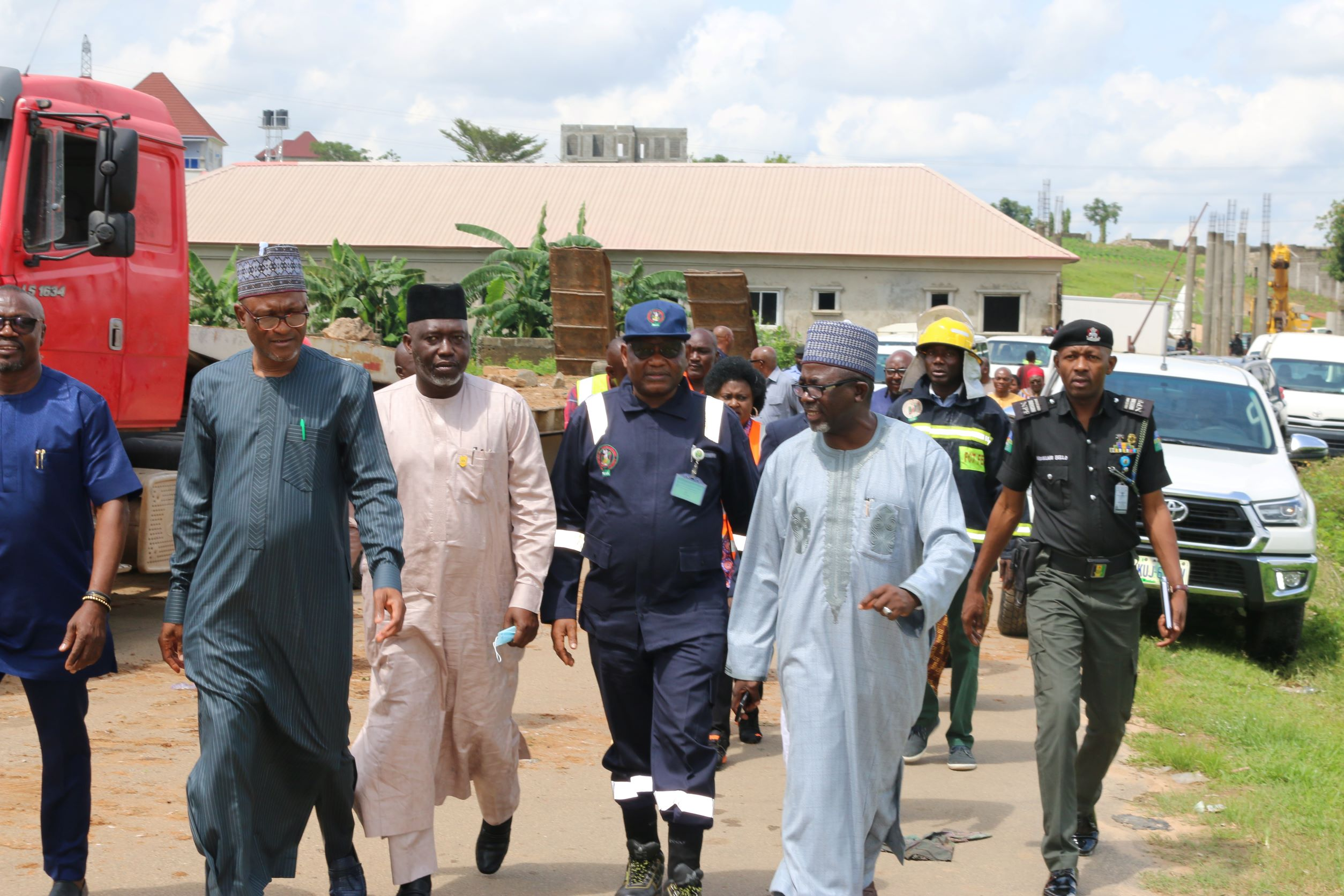 All Obstructions on Waterways to be cleared – Executive Secretary.

n order to urgently arrest the perennial flooding witnessed in some parts of the Federal Capital City in the last few years, all obstructions on waterways are to be cleared. Already, the Department of Development Control has been directed to embark on this clearance.

The Executive Secretary, Engr Shehu Hadi Ahmad stated this when he led a team of officials from the technical departments of the FCDA/FCTA on an inspection of all the critical locations for flash flooding spots in Abuja.

The Executive Secretary revealed that “the department of Development Control has already been given a marching order to clear all obstructions that we have seen on water courses because we have noticed, especially within Trademore Estate and other adjoining Estates along some water courses, even here within the Lokogoma District, we have seen the issues that we have with Efab Estate along same axis”.

Speaking further, the Executive Secretary threatened that “we cannot allow this to continue to deter the progress being achieved in terms of providing infrastructure as has been enshrined under the Abuja Master Plan”.

He attributed the causes of the flooding to the constriction of the waterways and inadequacy of hydraulic structures that would allow the passage of water from major rivers like Wumba and Kabusa and the other locations within the city. 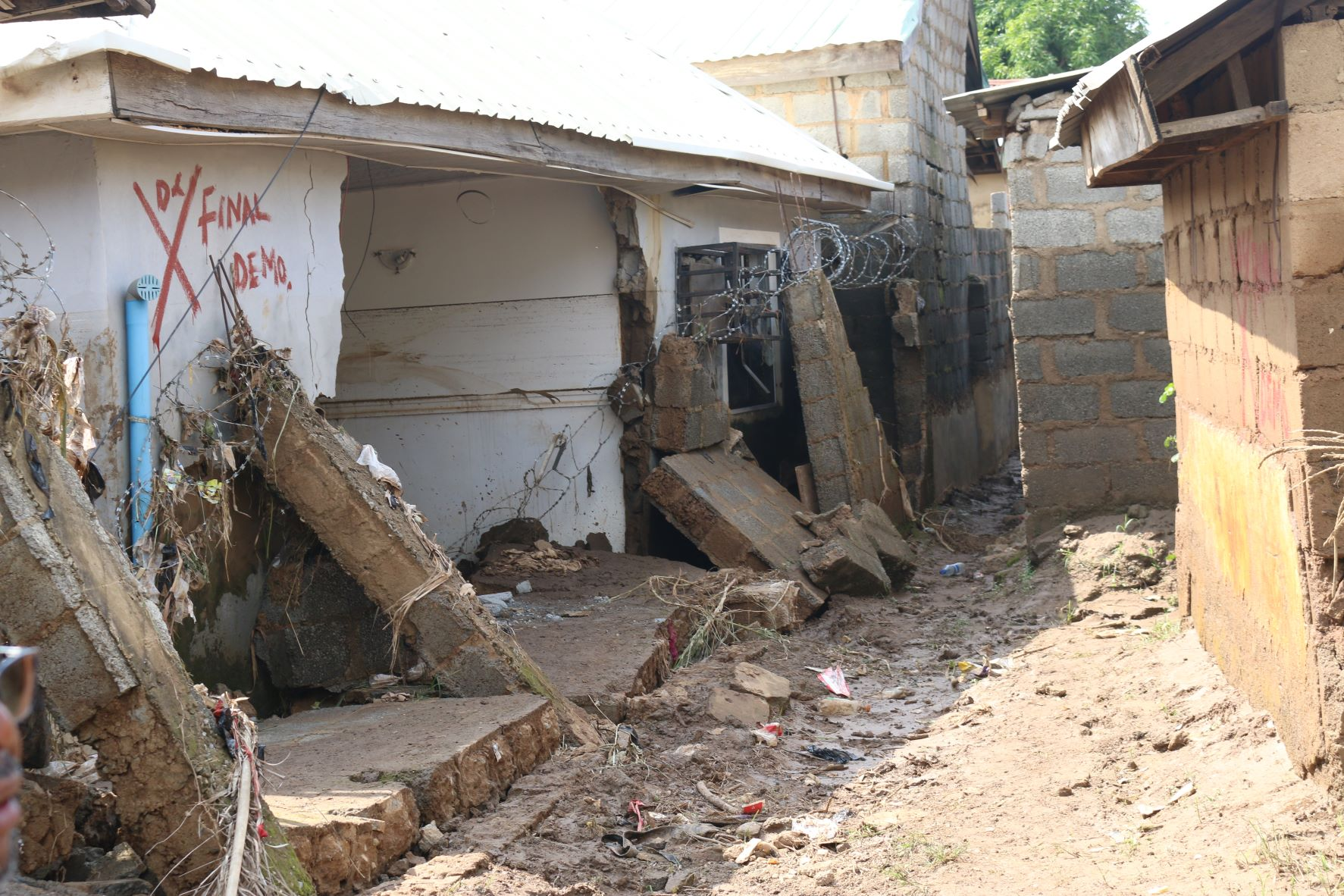 He said punitive measures would be taken against all developers who may be found to have constricted water courses and staff of the FCTA/FCDA who may have allowed such developments along water courses.

On the likelihood of prosecuting the culprits, he said, “yes, culprits who are responsible for constricting waterways, including, if necessary, our officers who have some complicity in allowing development along water courses, we are not going to allow that”.

The Executive Secretary buttressed that “in certain cases, we have been in court with a lot of these developers. And in some cases, we have gotten at least these obstructions being cleared. We will continue to do that as part of the responsibility to ensure that the FCTA, provides a world – class capital city which we will all be proud of”.

Also speaking, the Coordinator, Abuja Metropolitan Management Council (AMMC), Tpl Umar Shuaibu corroborated the Executive Secretary on the issue of prosecuting the culprits, saying that “our first priority is how to save lives and anybody that requires prosecution in this matter, definitely, we are going to prosecute and if we do not punish, people will not do the right thing. So, this time around, that element of punishment is going to be imposed to make sure people do the right thing”.

Others were the Directors of Land; Resettlement and Compensation, Development Control, Public Buildings, Urban and Regional Planning; Engineering Services, and Surveying and Mapping as well as other officials of the FCDA/FCTA.

Among the locations visited were Gosa Village, Trademore Estate and the African University of Science and Technology by Galadimawa Roundabout. Others were Lokogoma District around Efab Estate, Mountain of Fire and Miracles Church as well as Dogon Gada and Dutsen Pokma.